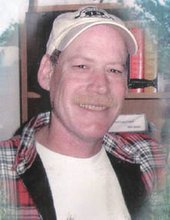 Its been almost a month since my last blog post. On Saturday, January 21st my older brother Steve passed away after a 2 year battle with cancer. That would be his picture above. Steve was only 48 years old. Techincally, he was my half-brother. But he was always around my entire life, so to me, he was just my brother. Steve was a great guy. A comedian, a dedicated bass fisherman, a Harley rider and a guy who could fix, upgrade, or modify anything. He was very creative. When I was a kid he would play a game with me. He called it, "make Thorpe laugh till he can't breathe". Steve was never short on jokes and wisecracks. One of the funniest guys I ever knew. I found out just over a year ago about his cancer. He had wanted to keep it a secret and just take care of his treatments in private. I guess he just didn't want us to worry or be burdened finacially with him. I'll never really know. I do know I'll miss the guy. I still find myself out somewhere and I'll see or hear something and I think, "oh, I gotta show Steve this!". Then I remember.
We had a small funeral for Steve on January 25th, a Wednesday night. It was attended by me and Emily, my family, his girlfriend Flo and her family and about 25 others from his work and circle of friends. He was cremated and the small urn sat on the table at the head of the ceremony. It was all so very strange to see his hat which he always wore and his leather riding jacket laying out on the table, knowing I just saw him in them a couple months back. At the funeral, my dad told me when he was with Steve in his final hour, Steve told my dad he had no regrets about his life. Knowing that,I supose, is at least some consolation to bring out of such a sad event.

Now that I've found the words to post about my brother Steve and his passing, I can begin updating my blog on a regular basis again. I just didn't feel it was right to continue posting about my daily trivial events until I talked about Steve in the way I wanted to .