As of Friday, March 25th I am a new homeowner! After months of watching the construction and then signing a sky high stack of papers, the house is mine. Good bye apartment. Good bye paying overpriced rent. Good bye noisy neighbors and their dogs. Good bye having to park a mile from my door when I come home late. Hello tons of space and front door parking! Ah yes, these are good times. 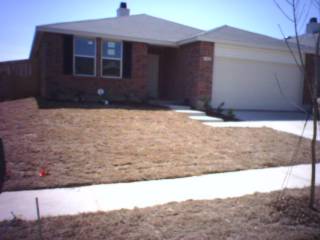 About 2 months ago I conducted a computer experiment. I was wanting to switch from Internet Explorer (IE) to the new Firefox web browser. But I wanted to find out if all the rumors were true about it being able to avoid spyware and adware so much better than IE. So I first ran a cleaning scan with Adaware and Spybot - Search and destroy. Each one found about 15 suspicious or malicous items living on my system, which was currently runing IE as its web browser. Once the system was clean I loaded up the latest version of Firefox. I continued over the next month and a half to surf the web as I usually would. I just finished running my first Adaware and Spybot scan since that last one a month and a half ago. Adaware found one (1) suspicious item. Spybot found ZERO! It seems the punks that design the spyware just arent targeting Firefox, yet. So, the verdict seems to say that if you want a solid browser that wont clog your system with adware and spyware... grab Firefox over at www.mozilla.org. And, Fire IE.
Posted by Thorpeland at 3/24/2005 10:25:00 PM No comments:

The countdown is nearing an end. T minus 3 days. Then and only then will the official announcement be made. Stay tuned.
Posted by Thorpeland at 3/23/2005 07:53:00 AM No comments:

Today was another paintball Sunday and the weather was a perfect 65 degrees and sunny. We had a decent turnout of 8 players which made for even teams. We got things started off at around 10am. The action was slow to start but heated up fast.

A couple games into the day a funny thing happened. Well I'm sure Tod didnt find it funny, but the rest of us did. Tod was on the defending team and had been almost surrounded by my team, as the rest of his team was getting eliminated. Derrick, on my team, laid down surpressive fire which allowed me to move wide left to Tod's right flank. With Tod clear in my sites, I fired off about 8 to 10 quick shots from my Tippmann. He quickly put up his gun to signal he was hit and stop the 3 way barrage he was getting from me and the others. But as he puts his gun into the air, one of other teammates rounds, clips the lid on his paintball hopper (the container on top of the gun which holds all the paintballs). When this lid is clipped, it's spring loaded design flips it wide open into reload mode. This causes all of his remaining painballs to flood out and over his head. To make matters worse, my shot that tagged him out, hit him just below the protective area on his mask, on his neck. It looked like a giant red hickie! LOL He went on to tell us later that he has an important meeting at work on tuesday and now he has to explain the giant neck welt. Too funny!

Later in the day, we had switched to a game type we call "Rush N' Attack". Two teams start at different ends of the wooded field. When both teams are ready, the signal is given and we rush in to attack the other team. The team who covers the most ground the quickest, usually gets the upper hand and the best wooded cover. Well this time, my team got the jump and took a good position. Quickly 2 of the other team were eliminated. We knew this just left two players. Derrick and I found one of them, left without support and pinned down in a pile of logs and brush. I worked my way around to behind his position and gave the signal to Derrick to pour on the covering fire. I moved in and fired as fast as I could to prevent him from turning towards me. By the time I could see him, he was curled into a little ball trying to stay low and avoid the hundreds of rounds of paint being fired at him. Finally a couple of my rounds hit him in the back and he was out.

We knew there was just one guy left. John, the new guy was hiding out still. We knew he might be in the thick brush and small trees just behind where Brandon was just eliminated. Derrick approached from the high trail, I came in from the lower trail to prevent any escape. Suddenly, I see puffs of the white smoke and the popping sound of a paintball gun being fired directly at me. I couldnt see a person though, he was burried so deep in the tree's and brush. I hit the ground to take cover and yell to Derrick to direct him to John's location. Derrick begins advancing into the brush. I sit up and stay low as I move down the trail. Im moving while firing back at him. Figuring I can draw his fire while Derrick gets right up on him. I can hear the paintballs zinging over my head so I try to keep moving and firing fast. Derrick is so close, just a few second longer! I slide down behind a small shrub on a slope in the small trail. Im now closer than ever to Johns position and the paintballs are getting very close. I begin firing my gun in full auto mode, hoping one will get thru the brush and find him in there! All of a sudden my gun stops firing!! CRAP!! It mis-fires, leaving the bolt closed and no shot in the chamber! I give the gun a shake to get paintballs to fall into the chamber again and reach up to pull back the bolt to clear the jam and chamber another shot. Right then I look up from my gun. Its too late. I see it coming but I cant think to move fast enough. Splat!! My field of vision disapears and is replaced by bright pink paint. Im hit right between the eyes on my facemask. I yell hit and drop to my knees to catch my breath. Seconds later Derrick tags out John and my team wins the match. If only i'd held out for 4 more seconds! Oh well, such is the fun of paintball. :)
Posted by Thorpeland at 3/13/2005 10:06:00 PM No comments:

Happy birthday to the greatest girl in the world, my Emily! :)
Don't worry babe, you look great for 26.