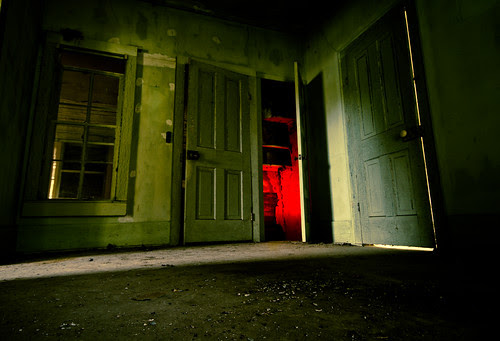 I recently had the awesome opportunity to visit and photograph the old Johnson's Farm, located in the Johnson's Branch Recreation area of Lake Ray Roberts.  This farmstead, closed to the public, has been left almost un-touched for the past 40+ years.  The house which was originally built in the late 1800's remains standing, along with a couple barns, chicken house and storm cellar.  All the original windows are intact and there is no graffiti covering the walls, thanks to the state park keeping this historic site off limits to the public.  I was able to gain access to this location through the Denton Camera Club.  It was a planned field trip, arranged through the park service. We had 3 hours to freely roam the property, photographing and documenting the grounds.

The house and the barn were my primary points of interest.  The barn was still full of turn of the century era farm machinery and farm tack hanging on the walls.  It was like the people living there just walked away!  So many antiques, just sitting around.  So many photo ops everywhere I looked.  I'll admit it was a bit of sensory overload as far as taking pictures is concerned.  I didn't know where to point my camera first.  Three hours to shoot??  I could have spent 3 days in just the barn!

I finally worked my way to the old farm house.  Again, I could have spent all day shooting just this building.  One of the techniques I'd been wanting to toy with is using my speedlights off camera with gels to create a mood in old buildings such as this one.  So while the rest of the photo club photographed the more traditional scenes in the house, I setup my flashes and had fun creating a different type of image.  This photo was one of my favorites of the day.

These place looks cool! I don't recall seeing it when my family and I go camping at Johnson Branch. Do you have any more pics posted to look at?

Glad you enjoyed the photo! I posted a couple more on my flickr page from that location. http://www.flickr.com/photos/thorpeland

Awesome!I feel like going to a non-public space is probably one of the best ideas for photo clubs to explore. Did you set up the red light?

Awesome! I feel like non public spaces are the best locations for a photo club to explore. Did you set up the red light?